Nick Wright joined Swiss Bank Corporation (now incorporated into UBS) as a Fixed Income Derivatives Trader in 1989. In 1999, he assumed his role as regional Head of Community Affairs. UBS operates a vigorous and long-standing programme of Community Affairs focusing in particular on the areas of Education and Entrepreneurship. Nick has overseen the development of this multi-award winning programme both regionally and globally. It is notable for innovative and long-term partnerships with voluntary and third sector organisations and significant and sustained Employee Volunteering.

Nick has previously served on the Boards of the London East Learning & Skills Council and Hackney Business Venture, was Chair of Business in the Community’s Curriculum Taskforce and a member of the Early Action Taskforce. He has been a member of advisory bodies to both central and local government in the regeneration space. He is currently the "Sponsor Governor" at The Bridge Academy, Hackney, a Trustee of the UBS Donor Advised Foundation and a member of Into University’s Advisory Panel.

Nick is married with two sons and has a BA in History from Oxford University. He is passionate about education.

Sarah Craner is an Executive Director in the Community Affairs team at UBS. UBS operates a long-standing and award-winning programme of Community Affairs focusing in particular on the areas of Education and Entrepreneurship. Sarah leads and oversees the firm's grant programme in the UK. Sarah also manages the global coordination of Community Affairs and leads on global reporting of the firm’s community investment efforts. Sarah has 20 years' experience as an in-house corporate responsibility practitioner, working at Marsh and McLennan Companies prior to her 15 year tenure at UBS.  Over this time she has helped build sustainable partnerships between the firm and the voluntary sector, with a focus on capacity-building and developing robust impact measurement.

Sarah has a BSc in Psychology from the University of Birmingham.

Zoë is the Chief Digital and Information Officer for the Investment Bank. She was born in Ireland, holds a Bachelor of Science degree in Finance from University College Cork and has been with UBS for 15 years.

In her CDIO Investment bank role, Zoe is responsible for supporting the Investment Bank’s digital transformation and works collaboratively with the business to deliver technology solutions and improve client experience. Zoë is also Head of CDIO UK and oversees Poland Technology.

Before joining UBS in 2006, Zoë spent several years working at Accenture as a strategy consultant.

Zoë is passionate about inclusion and development in the workplace and is an active member of the UK Community Affairs Committee and the CDIO Technology Diversity, Equity and Inclusion council.

Zoë has been a governor at The Bridge Academy since September 2020. This has special significance for Zoë as her grand aunt worked at the St. Joseph hospice in Hackney for many years and so she has a long established, personal connection to the neighbourhood.

Richard Hardie is a Chartered Accountant and a former Senior Adviser to UBS in the UK. He co-led UBS’s project to set up The Bridge Academy and was first appointed as a Governor in 2005. He is 73.

In 2003 Richard joined the Board of The Learning Trust, Hackney’s then education provider and the only not-for-profit independent Local Education Authority in the UK, and was Chair from 2007-12. He is a Director of the Fair Education Alliance of which UBS is a founder funder.

Richard is a non-playing Director of the London Symphony Orchestra and chairs its Finance Committee. He is an Honorary Fellow of Lincoln College, Oxford, where he took an MA in History and French, and chairs its Development Committee. Richard is Honorary President of the Chartered Institute of Linguists and is actively involved in policy matters relating to the teaching of modern foreign languages.

Myrna was born and raised in New York City and holds a Master’s Degree in Business Administration from the University of Binghamton. Myrna started her career at Morgan Stanley in 1994 where she held various roles in the Front Office, Technology and Operations across New York, Florida and London.  In 2011, Myrna joined the Royal Bank of Scotland to lead a Collateral Renovation programme and in 2013 became the Global Head of Client Lifecycle Management.  In 2015, Myrna joined the London Clearing House as the Chief Operating Officer for the Head of Group Operations and Technology and subsequently became the Head of Risk and Member Reporting Technology. In Oct 2016, she joined UBS to run the IB Client Lifecycle Maintenance team and joined Bridge’s Governing Body in 2021.

I applied to become parent governor to both support the school and become an approachable and representative voice for parents. I’m particularly interested in the musical core of the school, which was what also led my son to apply. In my professional capacity I bring 20 years of IT and cloud experience as CTO of a firm specialising in careers systems for multi-national organisations. My outside interests include music, history and sports. I’m also heavily involved in Hackney Woodcraft, which helps young people learn to value our planet and each other. With members of my close family in teaching from early years to higher education, I have an active interest in education policy and practice.

Nav Khinda is a Senior Relationship Manager (Managing Director) in the Investment Bank division of UBS, based in London. Nav joined UBS in 2012, in the Research department and was a key member of the Equities management team before transitioning to his current role in 2014.

Nav is also a Senior Sponsor of Mosaic-UK which seeks to enhance the career experience of employees from diverse ethnicities and engage them in decision which will help to shape a more inclusive organisation.

Prior to UBS, Nav was the Global COO for Equity Derivatives and Convertibles, and the COO for the European Equities division at Credit Suisse.  Nav joined Credit Suisse First Boston in 1997 from Grant Thornton, where he qualified as s Chartered Accountant, and worked in Corporate Finance for several years.  Nav holds a degree in BA (Econ) Hons in Economics from the University of Manchester.

Henry started his career as a Graduate Trainee at UBS in 1995 and spent 23 years with the firm in a variety of trading floor roles at UBS's head office in London.  He spent a year on Secondment at the Financial Services regulator, the FSA, during the financial crisis in 2009 and worked in Government from April 2019 to May 2021 as a Senior Industry Adviser at HM Treasury.

Henry has been a Governor at The Bridge Academy since 2011 and is our Link Governor for Mathematics.  Henry is Chairman of one of the City's largest philanthropic groups, The October Club and Deputy Chairman of the Lord Mayor's Appeal.  He is an Associate of the CFA Society of the UK and graduated from Bristol University with Joint Honours in Economics and Politics.  Henry has four children aged between eight and nineteen.

Siobhan is a mother to two grown-up children, both of whom are connected to the world of education. Her son is a Department Head of Mathematics at a school in St Albans, and her daughter is in Recruitment for the Education sector. Siobhan has worked in Human Resources (HR) for over 30 years and is currently at UBS as the Head of HR for the UK and the Global Investment Bank.

She started her career at Marks and Spencer PLC where she held numerous roles over an eleven year period, culminating in HR Director in M&S Head Office. Following that she was an HR Business Partner for the Corporate Division at Linklaters LLP, a magic circle law firm. Siobhan's first role in the Financial Sector was with Merrill Lynch and subsequently Bank of America Merrill Lynch where she was the Global Head of HR for Investment Banking and then Global Head of HR for Corporate Banking.

Before joining UBS, Siobhan worked at Credit Suisse as Global Head of HR for Finance, Operations and IT and Regional Head of EMEA HR. She joined UBS in October 2014.

Siobhan holds a degree in Psychology and Education from Surrey University and was trained in mediation. She is a Trustee for the UBS Optimus Foundation and a Governor of The Bridge Academy. 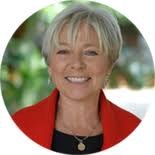 Benita is a founding Trustee of Place2Be and a qualified counsellor. After 20 years, Benita stepped down as CEO of Place2Be in 2014 and continues to support the organisation enthusiastically through her new role as President.

Benita received an OBE for Services to Children and Families in 2007; was awarded an Honorary Doctorate of Law from the University of East London in 2009; in 2014 was awarded an Honorary Doctorate from the Institute of Education, University of London and Dame Commander of the Order of the British Empire in the Birthday 2016 Honours List in recognition of services to education.

Currently Benita is Trustee of Forward (previously known as RAPt) and a Governor at Bridge Academy Hackney.

Sue was a very experienced secondary headteacher with a track record of school improvement and outstanding results.  She gained an outstanding Ofsted grade and a range of national awards during her time as head.  Since joining Hackney Learning Trust in September 2016 as a Leadership and Management advisor, Sue has undertaken a wide range of roles including being a School Improvement Partner for differing schools, encompassing all settings, from a sixth form college, secondary schools, (both academies and maintained), to a special school.  She leads on number of leadership training courses to support staff in their career development.  She is a trusted but challenging advisor and because of this has been asked by a number of heads to undertake headteacher performance management reviews. She has successfully mentored new heads form a range of schools.  Sue is particularly knowledgeable about SEND and undertakes whole school SEND reviews.   She is also a governor of a special school and chair of governors of a virtual school in another borough.

Bert Suer works at UBS in London as Head of the EMEA Investment Banking Legal Department. He joined UBS in 2000 after training as a lawyer at Clifford Chance in London. He specialises in capital markets and M&A (Merger and Acquisitions) Law.

Bert has always been interested in community affairs and represents Legal at the UBS Community Affairs Committee. Bert participated as a volunteer and fundraiser for a number of the schools and partner organisations that UBS supports for many years, before joining The Bridge Academy Governing Body in 2013.